Today the afternoon children released the tadpoles back into the wild.

The children found the frogspawn in a big muddy puddle, whilst on a woodland walk last Monday.  We collected some and brought it back to nursery. 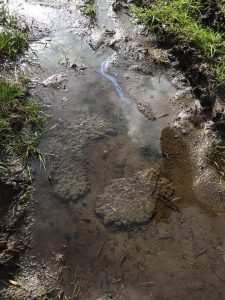 In the nursery, the children watched the tadpoles hatch and begin to grow. We noticed that the tadpoles were eating the jelly eggs they had hatched from. Once they had eaten it all, we began to feed them cucumber. 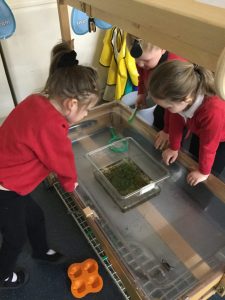 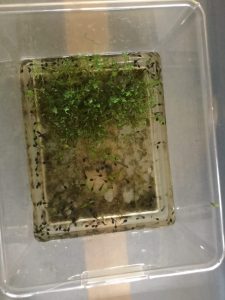 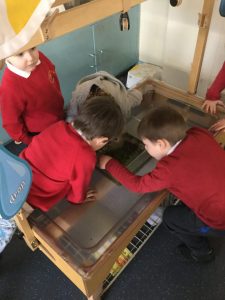 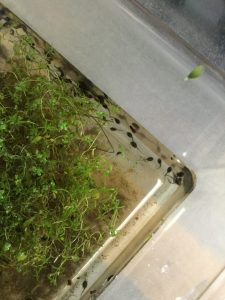 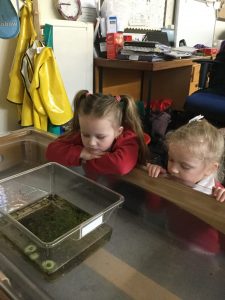 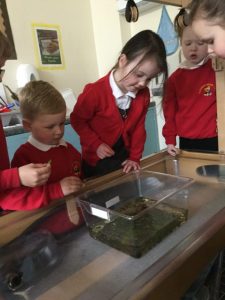 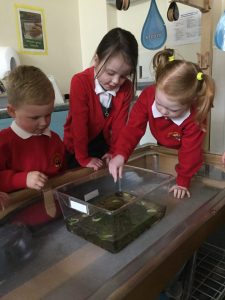 The tadpoles were beginning to change. Their tails were becoming longer and thinner.  Their heads were growing and we could see their mouths forming.  They were transforming into froglets.

As the nursery was going to be closed for the Easter break, the children agreed that they should be released back into the pond, where they would be safe and have food to eat.  The children from the afternoon session, took the tadpoles back to the pond today and set them free.

The children watched as the tadpoles swam into the pond grass and are hoping to see some frogs the next time we visit the woods. 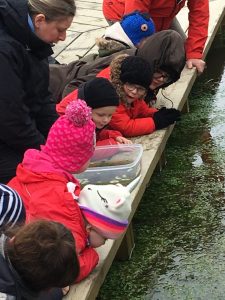 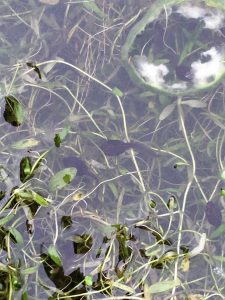 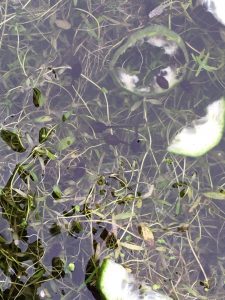